‘Rahul as a coach, MS as mentor will be a boon for India’ – Ex selector MSK Prasad 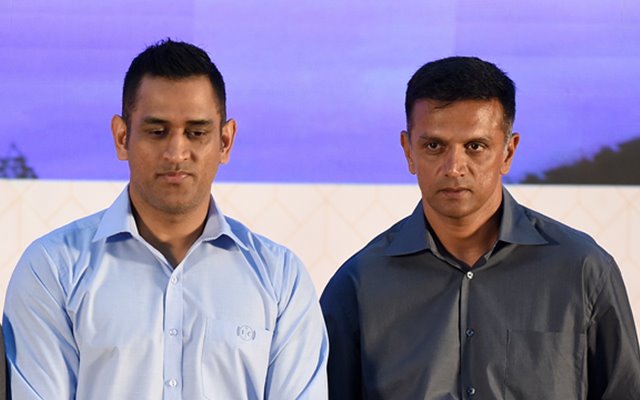 BCCI chief selector MSK Prasad has backed Rahul Dravid to take over as India coach after Ravi Shastri vacates the position in November. Prasad said Dravid as India coach and MS Dhoni as a mentor will be a boon for India. Prasad was of the opinion that Rahul Dravid has worked with most of the youngsters during his stint as India A coach thus the players coming in will be comfortable with him.

“Rahul as a coach, MS as mentor is going to be a boon for Indian cricket. Both are cool and calm customers and one person is very studious and hard-working,” Prasad said on Sports Tak. “More importantly, the number of players that are evolving right now have been groomed by Rahul, who was India A coach also. So it is some wonderful planning that is happening. I will be very disappointed if Rahul is not going to be the coach and MS is not a mentor post this management era,” Prasad added.

Rahul Dravid has served as the India coach during India’s tour of Sri Lanka. Meanwhile, Dhoni will give his services to the team as a mentor in the T20 World Cup. Prasad said that having Dravid and Dhoni in the respective roles will add value to team India.

“In my heart, I had this feeling. I was challenged recently by my colleagues that definitely post Ravi bhai’s era, MS has to come into the role of a mentor and Rahul Dravid as a coach,” said MSK Prasad.
“These were the discussions I had with my fellow commentators while I was doing commentary during the IPL. I had a feeling that Rahul, being the studious person that he is, will add value to Team India post-Ravi bhai’s era,” said Prasad.

Ravi Shastri's term comes to an end after the T20 World Cup. If reports are to be believed, Shastri is not keen on applying for an extension. Barring Dravid, the names of Virender Sehwag and former coach Anil Kumble is also doing rounds. The announcement of the new coach is likely to be done before India's tour of South Africa in December.