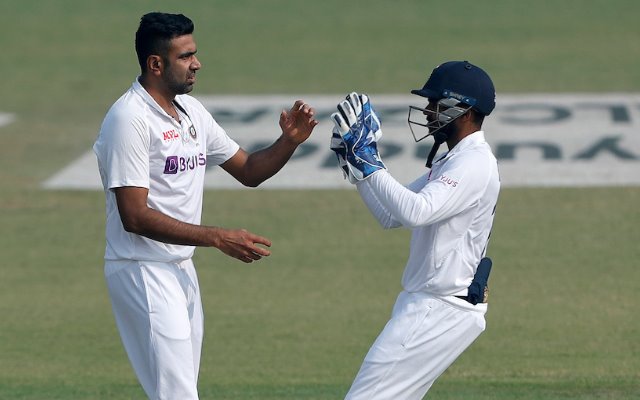 India off-spinner Ravi Ashwin had a memorable first Test match against New Zealand in Kanpur. He went past Harbhajan Singh’s Test record and is now sitting third in the list of Indian bowlers with the most number of Test wickets. Ashwin has a staggering 419 wickets in just 80 matches. Team India head coach Rahul Dravid hailed Ashwin’s achievement as phenomenal.

Dravid has played a fair amount of cricket with Harbhajan during the late 90s and early 2000s. During that time, the former India off-spinner won matches singlehandedly, which Ashwin is now managing to do. “Harbhajan was a really fine bowler, someone I’ve played a lot of cricket with. He was a terrific bowler for India and what Ashwin’s done to be able to go past in just 80 Test matches is a phenomenal achievement,” said Dravid after the match.

On day five pitch in Kanpur, Ashwin was at his lethal best as he managed to make the ball talk. He kept India in the hunt by picking three wickets. Dravid called him a match-winner and hailed Ashwin's ability to constantly improve and evolve.

“Ashwin has been an absolute match-winner for India, even today you saw on this difficult wicket the way he pulled us back into the game (and also) on that third morning with that spell of 11 overs. And today just to keep us alive in the game is a tribute to his skill and ability.

I think he’s just evolved, he keeps growing. He’s one of those guys who keeps thinking about the game, keeps changing, keeps evolving. That’s why he’s got where he has. You don’t achieve what Ashwin has achieved without growing and improving and evolving,” said Dravid.