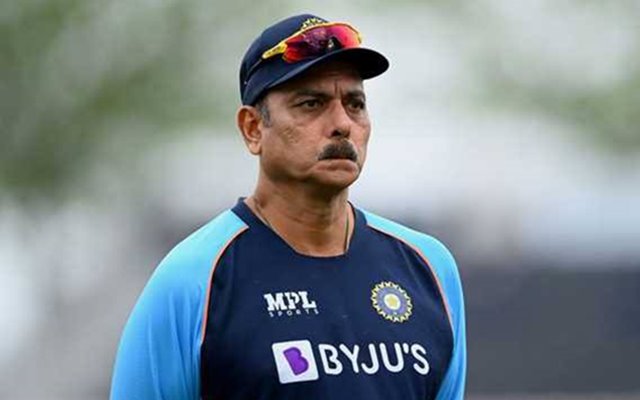 The upcoming ICC T20 World Cup might well be Ravi Shastri’s final assignment with Team India. As per reports, the head coach will step down from his role after the T20 World Cup and has also conveyed his decision to the top BCCI officials.

Shastri was appointed as the Indian coach after Anil Kumble stepped down from his post following an alleged rift with Virat Kohli. The former all-rounder served as the head coach till 2019 before BCCI renewed his contract for another term. Along with Shastri, bowling coach Bharat Arun and fielding coach R Sridhar are also set to vacate their posts. However, batting coach Vikram Rahour may be given an extension.

As per the sources, the discussions on selecting the new head coach has already begun and the board will invite applications for the same soon. Former India skipper Rahul Dravid, who recently coached India on the Sri Lanka tour, is a prime contender to take up the role.

“I have enjoyed the experience of working with these guys, it has been great. I have not given any other thoughts to anything else. There are a lot of challenges in doing full-time roles, so I really don’t know,” Dravid was quoted as saying.

The new coaches will start their term with India tour of South Africa. India are also set to take on New Zealand in a two-match Test series and home and if required, the board can extend contracts of the Shastri for a month.

Shastri took over from Anil Kumble after India’s ICC Champions Trophy in 2017. Since then, he has done a fabulous job of leading the team to twin Test series victories in Australia, as well as enabled top-four finishes in two ICC events for India.