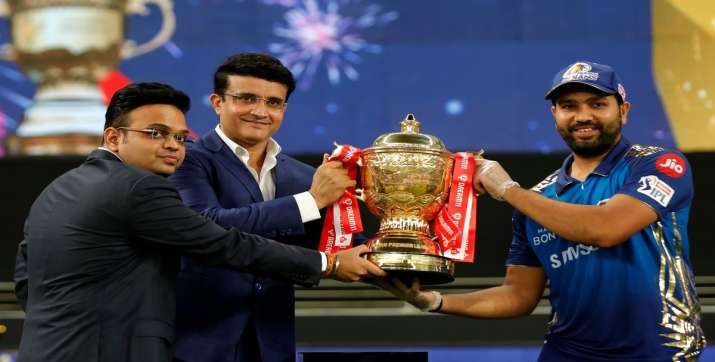 Rohit Sharma proved once again why he is feared among bowlers. MI’s captain smashed another record, registering a total of 4000 runs on Tuesday as the Mumbai Indians cruised to the winning line by defeating Delhi Capitals fair and square to win the IPL title for a record 5th time. The MI skipper is the second player to make 200 appearances in the history of IPL, only behind Mahendra Singh Dhoni, who has made a total of 204 appearances. He is also the fifth-highest run-scorer in the history of the league, with 5162 runs in his entire IPL career.

This was Rohit Sharma’s 155th appearance for the Mumbai Indians. In his IPL career, Rohit Sharma has served only 2 franchises: Deccan Chargers and Mumbai Indians, hitting 38 half-centuries and one century in his entire career. The two juggernauts have previously locked horns on 27 occasions, with Mumbai winning 15 of those and Delhi winning 12 matches.

After having won the toss and deciding to bat first, the Delhi Capitals got off to a shaky start. Trent Boult made quick work of Delhi’s in-form batsman Marcus Stoinis. Jayant Yadav took a very important wicket of Shikhar Dhawan. Boult was in the limelight again, dismissing Ajinkya Rahane for just 2 runs. The partnership between Iyer and Pant took the team to a respectable total of 156 in their 20 overs.

With MI’s batting firepower, Delhi Capitals needed its bowlers to deliver. After Quinton De Kock’s early dismissal, Rohit Sharma took it upon himself. He smashed 68 off just 51 balls, thanks to the selfless sacrifice made by Suryakumar Yadav.

Ishan Kishan too joined the party by hitting a quickfire 33 off 19 balls. Rohit Sharma was finally halted by Anrich Nortje. The fielder Lalit Yadav picking up a brilliant catch, but it was too late then. The defending champions only needed 10 runs with 3 overs remaining. Ishan Kishan and Krunal Pandya took Mumbai down the winning line. The Mumbai Indians again managed to get hold of the IPL trophy for the 5th time. They are now only the second team in the IPL after the Chennai Super Kings to be able to successfully defend the IPL title.