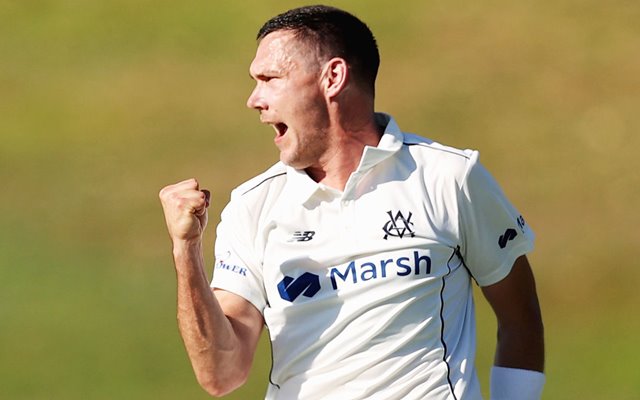 Australia have added Scott Boland to their Ashes squad ahead of the Boxing Day Test match in Melbourne, starting on December 26. Earlier, the national selectors named an unchanged 15-member squad for the remainder of the Ashes series. However, Boland has been drafted as a cover for the fast bowling group.

"Boland has been training with the team in Adelaide and joins the squad while the medical team assesses the fast bowling group following the second Test victory," a release from Cricket Australia stated on Tuesday (December 21).

Boland has been in good form in the ongoing Sheffield Shield for Victoria. He has picked 15 wickets in just two matches against New South Wales. The right-arm pacer also played a practice game against England Lions in Brisbane before joining the team in Adelaide.

Meanwhile, regular skipper Pat Cummins and pacer Josh Hazlewood missed the second Ashes Test match. The former was deemed a close contact with a person suffering from COVID-19, while the latter missed the game due to a mild side strain in Brisbane. If reports are to be believed, Cummins and Hazlewood are expected to play the MCG Test match. Michael Nesar and Jhye Richardson played in the absence of the duo.

Mitchell Starc remains the only bowler to have played two back-back games. Australia might have added Boland to the mix considering the workload of the pacers in the remaining matches. Meanwhile, the hosts are 2-0 up in the Ashes series after a thumping 275-run win over England. Marnus Labuschagne, Steve Smith, and David Warner contributed with the bat, while Richardson and Starc had a good outing with the ball in hand. Labuschagne was named Player of the Match on account of his terrific century in the first innings of the Pink-ball Test.