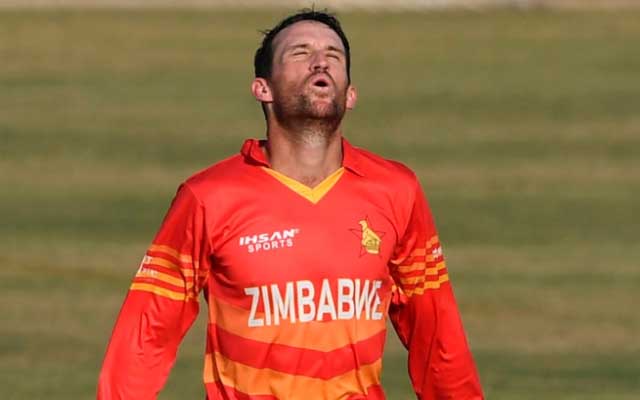 Zimbabwe batter Sean Williams has informed management about his intention to take a break from international cricket for time being. Currently, Williams is with the team in Ireland and has asked the management to not consider him for the five T20Is against the hosts starting on Friday. The reason the southpaw gave to step aside from cricket was bio-bubble fatigue. As of now, Williams is only skipping the T20I series and will be available for a three-match ODI series against Ireland.

According to ESPN Cricinfo, apart from mental fatigue, Williams also has issues with how the Zimbabwe cricket is being run and feels there is no consistency. The team has just won four ODIs in the past three years and all their wins have come against UAE. Against the top teams, Zimbabwe has struggled to give a tough fight which has left them tottering at the last position in the ICC World Cup Super League points table.

Williams has a vast amount of experience under his belt having played 147 matches till now across formats. The 34-year-old had a good start to his Test career having scored over 1000 runs in 14 Tests at a healthy average of 41.36. He scored a brilliant 151 earlier this year against Afghanistan and almost pulled off an unlikely win. He is also a vital cog in Zimbabwe’s ODI and T20I setup due to his all round abilities.