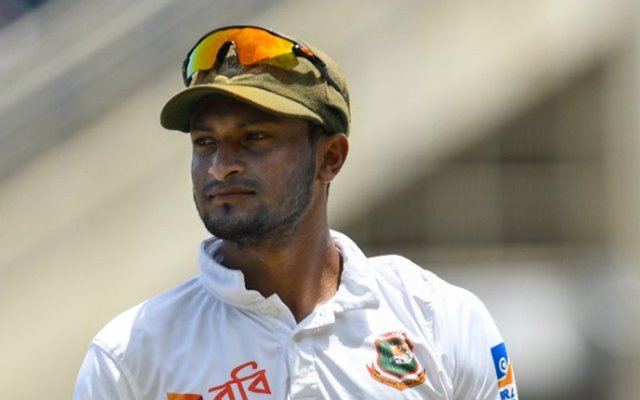 Bangladesh cricket team are currently going through a rough patch. The team suffered a humiliating exit from the group stage in the 20-20 World Cup and later went down to Pakistan in Tests and T20Is at home. Amidst all these, Shakib Al Hasan gave his fans something to cheer about.

In the second and final Test match against Pakistan, Bangladesh were gasping for breath to hold onto a draw. Their hopes firmly rested on Shakib to take the team to safety. He didn’t disappoint and scored a fighting 63. His efforts though were not enough as Pakistan managed to win the game by an innings and eight runs.

Nonetheless, Shakib entered the record books as he became just the sixth all-rounder in Test cricket to score 4000 runs and take 200 wickets.

The 34-year-old has carried the team’s batting and bowling ably on his shoulders. Often when chips are down, he rescues the team out of precarious situations. Not only in Test cricket, but Shakib has also scored 6000 runs and taken over 250 wickets in the ODI format. His numbers in T20 cricket are also staggering with over 5000 runs and 300 wickets.

Shakib recently surpassed Shahid Afridi and became the leading wickettaker in 20-20 World Cups. He currently has 40 scalps in the seven editions he has played.