Shubman Gill will be the highest-scoring batsman by the end of the tournament: David Hussey 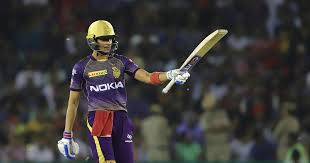 KKR chief mentor David Hussey believes that opening batsman Shubman Gill will be the highest-scoring batsman by the end of the IPL 2021. David Hussey's comments came after Shubman Gill's poor outing against the Rajasthan Royals on Saturday. His most recent innings of 11 runs off 19 deliveries in KKR's loss to the Rajasthan Royals on Saturday has brought him under the scanner. On the other hand, Rahul Tripathi continues to impress at number 3 for the Kolkata-based franchise. The right-handed batsman has got starts in 4 of his 5 innings, but he is not able to convert any of them into a big score.

Gill has had an underwhelming tournament so far with just 80 in 5 games. Although he is having a challenging time with the bat, it won't take the young batsman long to return to form. Gill is also a capped player and will be a future asset to any IPL franchise he plays for. Kolkata Knight Riders are already backing him, and they are unlikely to release him.

After floundering to a six-wicket defeat against Rajasthan Royals in the Indian Premier League, KKR chief mentor David Hussey stated that it was not an intentional plan to cautiously play the first six overs. For RR, Sanju Samson and David Miller played unbeaten knocks of 42 and 24, respectively. The Jaipur-based franchise defeated the Knights by six wickets and seven balls to spare on Saturday at the Wankhede Stadium. Yashasvi Jaiswal and Shivam Dube also played crucial knocks each to help Rajasthan to a comfortable victory.

The Knights have now lost their fourth match in a trot and went down to the bottom of the points table. Eoin Morgan is now at the bottom of the IPL points table with just 2 points from 5 games. Kolkata Knight Riders will next play against Punjab Kings on Monday at the Narendra Modi Stadium in Ahmedabad. On the other end, Rajasthan Royals will lock horns against defending Champions Mumbai Indians on 29th April.