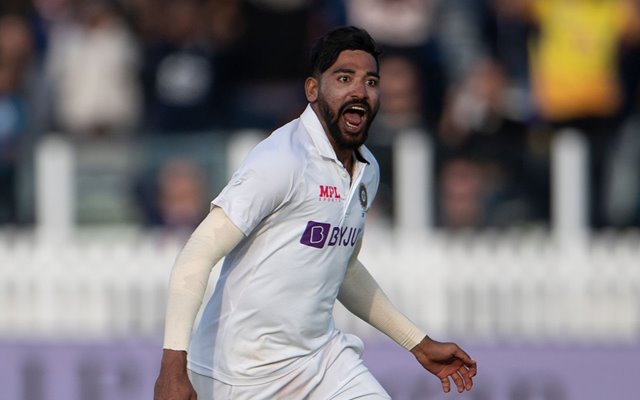 India pace bowler Mohammed Siraj has become the talk of the town after he picked career-best figures of 8-126 in the Lord’s Test against England. Throughout the match, the right arm pacer bowled with intent and aggression which the English batters found it hot to handle. His outstanding performance in the second innings helped India bundle out England for just 120 runs inside 60 overs.

In his short career so far, the 26-year-old has managed to impress one and all. Cricketer-turned-expert Laxman Sivaramakrishnan feels Siraj owes his stupendous success to bowling coach Bharat Arun as he spotted Siraj early when he was playing for his state team Hyderabad. Sivaramakrishnan further opined that the youngster is always ready to learn and evolve and Arun has been instrumental in instilling those qualities in Siraj.

“Siraj’s success also has a lot to do with Arun. When he was the coach for Hyderabad for a year or so, he identified Siraj. And to Siraj’s credit, he had the hunger and desire to learn. Arun imparted a lot of knowledge,” said Sivaramakrishnan as quoted by The Hindustan Times.

The former India leg-spinner said that Siraj also followed Arun and took all his advice. Sivaramakrishnan reckons Siraj considers Arun more of a Guru than a coach.

“Siraj has just followed him. Some people might doubt it. Be skeptical whether it is the right thing to do or not but Siraj took Arun as his guru and went about doing exactly what he wanted him to do. Arun must have then passed it on to Shastri,” concluded Sivaramakrishnan.

Meanwhile, the third Test between England and India will get underway on August 25 at Headingley.