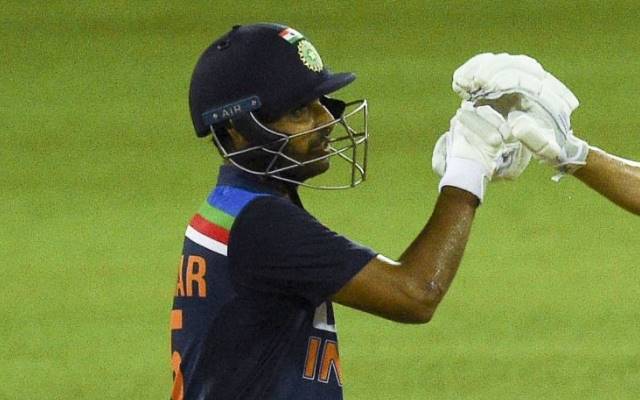 Although Deepak Chahar is trending everywhere on Twitter due to his heroic knock of an unbeaten 69 against Sri Lanka, one man deserves the credit for making the epic victory possible for India Bhuvneshwar Kumar. The vice-captain is known for his calmness and composure and, he displayed those skills in the second ODI by scoring a crucial unbeaten 19 and helped the team win by three wickets.

Cricketer-turned-commentator Aakash Chopra has hailed the efforts of Kumar and said he kept his ego aside and played the role of supporting cast to perfection. The vice-captain joined Chahar when India still needed 83 runs to get. But rather than going slam-bang and trying to imitate his batting partner, Kumar kept giving the strike back to the batter.

The 31-year-old too is known for his batting skills as he has taken India over the line on a few occasions. But this time he played the situation accordingly, which Chopra appreciated on his YouTube channel.

"The way he kept his ego aside, firstly, Deepak came ahead of him to bat. You remember what a good knock he had played in Pallekele with Dhoni, he had more runs than Dhoni in that innings."

Chopra further opined that Kumar displayed a quality which is seen in a top-order batter during his composed knock of unbeaten 19 runs off 28 balls.

"But here no tension, he allowed Deepak to play, he let him hit the boundaries while himself taking singles and batting till the end. He also hit an odd important boundary. He is a fast bowler with a temperament of a top-order batsman, he is brilliant."