T20 International Cup: Liam Livingstone in doubt to play the opening match due to finger injury 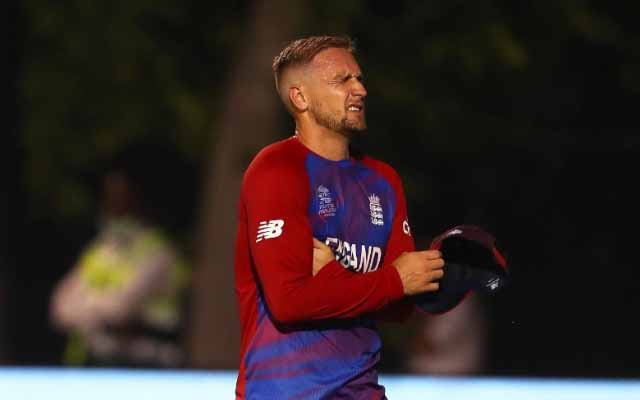 England all-rounder Liam Livingstone suffered an untimely blow on his left finger during the team’s warm-up match against India on Monday (October 18). While fielding at the mid-wicket region, the 28-year-old dropped a catch of Ishan Kishan. As soon as the ball hit the all-rounder, he seemed to be in some discomfort. He immediately left to address the issue alongside team physio.

The doctors are assessing the situation, and after 24 hours, they can tell if Livingstone is fit to play the team’s first match against West Indies on Saturday (October 23). The 28-year-old had a good game against India as he managed to score 30 runs and picked up an all-important wicket of skipper Virat Kohli. Moeen Ali, who also contributed well with the bat by scoring 43 runs, sounded confident of Livingstone recovering in time to play the side’s opening game.

"I think he's alright," he said. "I think it's just bruising on the back of the hand, but I think he'll be fine. "Obviously it was a bit of a scare at the time, but he said it was fine, so hopefully he's all good. He's a brilliant player - he's been playing really well over the last couple of years. Hopefully, he can carry that form into the World Cup, and I feel like it's going be a big stage for him,” Moeen said according to ESPN Cricinfo.

Apart from Moeen Ali, Livingstone is the other spin bowling option for skipper Eoin Morgan. If declared unfit, the England management has a good backup in Sam Billings, but they do not have an all-round package like Livingstone. England will next be seen in action against New Zealand in their second warmup game on Wednesday (October 20).