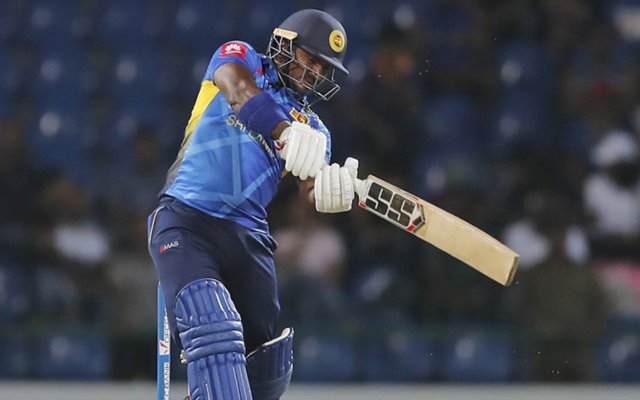 Sri Lankan batter Kusal Perera’s participation in the upcoming ICC T20 World Cup 2021 is in doubt owing to the hamstring injury he sustained in the recently concluded limited-overs series against South Africa. The southpaw picked up this untimely strain during the third and final match of the T20I series on Tuesday (14 September).

He was struggling to rotate the strike and found difficulty in running the ones and twos. Although he scored 39 runs off 33 balls, he was far from his fluent best. The nature of the hamstring problem is such that Perera might not be able to recover quickly from the blow. The Qualifiers of the T20 World Cup begins on October 17 in Oman, and Sri Lanka are one of the eight teams competing in it.

“The injury is a sprinter’s injury, which can be picked up while running between the wickets. Because of the nature of the injury, we can’t do a fast rehabilitation,” Sri Lanka team physician Dr. Daminda Attanayake was quoted as saying in ESPNcricinfo.

Coincidentally, the southpaw just returned to fitness and from COVID-19 after he missed the white-ball series against India. Sri Lanka, too are just finding some form, and Perera’s absence from the showpiece event could prove a bit costly for the team.

Although his T20I numbers are not staggering, the senior batter nonetheless, is one of the key members in the side, owing to his explosive ability to score runs at the top order.

Sri Lanka kick-off their T20 Qualifiers by facing Namibia on Monday (18 October). Sri Lanka are one of the four teams in Group A with Namibia, Netherlands, and Ireland being the other three teams. The top two teams from Group A and B advance to the Super 12 of the T20 World Cup.