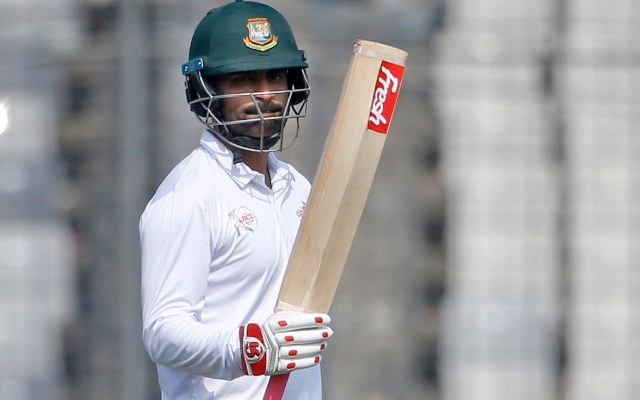 Ahead of the New Zealand tour, where Bangladesh are set to play a two-match Test series, the Tigers' expectations have taken a massive dip as star opener Tamim Iqbal has been ruled out of the series. Tamim was expected to be back for the tour having missed the recent Pakistan series owing to a thumb injury he sustained in the Everest Premier League. However, the southpaw's thumb has not healed as per expectations and he will need another month to gain peak fitness.

"He (Tamim) met the physician and they have advised him to take a one-month rest though he won't require any surgery," Debashish told Cricbuzz. "In that case, he's missing the New Zealand tour."

Bangladesh are set to play two Test championship matches in New Zealand. The series kicks off on January 1 at Bay Oval in Tauranga before the teams move to Christchurch for the second Test from January 9.

Tamim has been out of action since the Zimbabwe tour earlier this year. During the tour, the southpaw picked up a knee injury which forced him to miss the following T20I series and the home series against Australia and New Zealand. He recovered fair enough to play the Everest Premier League but fractured his thumb in the tournament. After missing the 20-20 World Cup and Pakistan series, Iqbal had set his sight on the New Zealand tour for his comeback. However, he will now have to wait for the Afghanistan series to don the Bangladesh jersey again.

"The fracture had almost healed but my thumb remained swollen," Tamim said. "So we wanted to have another X-ray, which revealed that there was a fracture. Probably there were two, but it didn't come out in the first scan. The finger has gone back into the split. I can't move it. The whole process has to start again."