This series could be a one-shot deal for Ajinkya Rahane and Cheteshwar Pujara: Deep Dasgupta 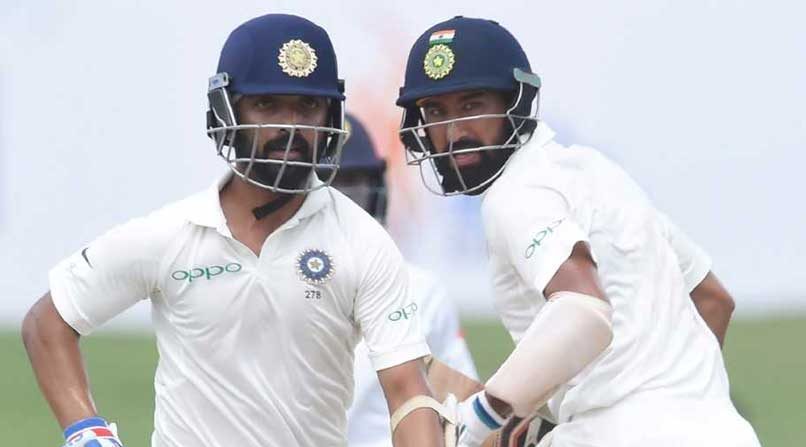 At a certain point, Kohli, Pujara and Rahane were believed to be India's next Tendulkar-Dravid-Ganguly combination in Test cricket. However, with other young players emerging, Cheteshwar Pujara and Ajinkya Rahane's careers can be at stake in Australia.

Ajinkya Rahane has not been impressive with the bat in Test cricket this year. The stand-in captain has just managed to score 133 runs from 3 games so far at an average of 22. On the other end, Cheteshwar Pujara has also not done much better either. The right-handed batsman has scored 143 runs at an average of 23.83. His best score of 54 is his highest score so far.

The visitors will be without Virat Kohli's services in Melbourne as the second Test starts on Saturday. The Indian cricket team will also have to bounce back after the defeat in Adelaide. Australia won the first match by eight wickets.

Former Indian wicketkeeper Deep Dasgupta stated that in these conditions the series would be very crucial for both Rahane and Pujara.

Currently, there are several compliments for the Rahane and Pujara. Cheteshwar Pujara has a decent record against Australia. He was also the Man of the Series in the 2018-19 Border-Gavaskar trophy.

Pujara also logged his second-highest score of 197 in Sydney. This was also the venue of the 3rd Test. The right-handed batsman also scored a half-century in the warmup game against Australia' A'. Pujara looked in right touch in Adelaide before getting out to a delivery from Nathan Lyon.

However, a few years back, Ajinkya Rahane used to be India's overseas specialist. His average of 40 is still good enough for the Australian grounds. In 2014, Rahane made his famous 147 at the Melbourne Cricket Ground. This excellent inning will always be one of the Mumbaikar's best knocks.

If team India has to bounce back in the series, Rahane and Pujara will have to step in and contribute significantly. In the absence of captain Kohli, it is time for these two veterans will have to step up before it's too late.

In the upcoming Melbourne test, Rahane is likely to take over Virat Kohli's No.4 position. A new batsman is to take up his old spot. One of the main gaps that Rahane has to fix is the team selection which also includes the combination. As per reports, team India is planning to play five bowlers in the Boxing Day Test. Ravindra Jadeja might be India's second spinner if he is fit to play.