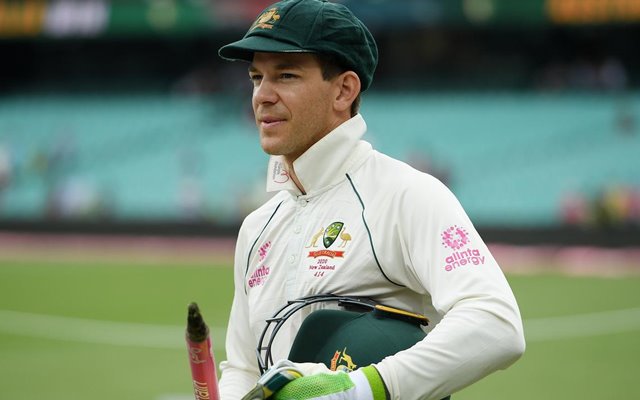 Tim Paine has resigned as the Test captain of the Australian team with immediate effect. During a press conference, Paine broke down while announcing this shocking decision to the media on Friday (November 19). The news has come ahead of the Ashes series which is due to start on December 8. Paine, who was made the captain of the Australian Test side in 2018 after the ball-tampering saga, has now stepped down from the role embroiling in a ‘se*ting’ scandal with a Tasmania co-worker back in 2017.

Cricket Australia (CA) have accepted the decision and will have to work through a process with the national selection panel to announce a new captain for the Test side. With already a lot of off-field controversy hogging the limelight before the start of the Ashes series, the latest one has yet again rocked Australian cricket. CA chairman Richard Freudenstein, “Tim felt it was in the best interests of his family and Australian cricket to take this decision to step down as captain.

“The Board has accepted Tim’s resignation and will now work through a process with the National Selection Panel of identifying and appointing a new captain,” Freudenstein said to Fox Cricket.

Paine broke down into tears and admitted to involving in the se*ting incident. He also said it was a tough decision, but the right one at the end of the day.

“Today I am announcing my decision to stand down as captain of the Australian men’s cricket team. It’s a difficult decision, but the right one for me, my family, and cricket.

“Nearly four years ago, I was involved in a text exchange with a then-colleague.

Pat Cummins is the front-runner to lead the side for the first Ashes Test against England. Josh Inglis and Alex Carey are likely candidates to take up wicket-keeping duties.