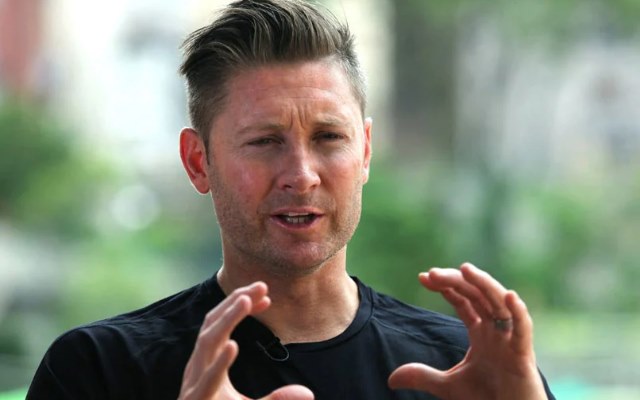 Former Australia captain Michael Clarke believes that it is the right time for Cricket Australia to hand over the leadership reins of the Test team to Pat Cummins. The pacer is the frontrunner for the role following Tim Paine’s exit due to off-field controversy. Cricket Australia (CA) is yet to confirm the new skipper but Cummins and Steve Smith are leading the race to grab the role

Cummins is also the vice-captain of the team which boost his case. The only thing that might come in his way of becoming the Australia captain is the lack of leading experience. Clarke admitted that it would be a huge challenge for Cummins to start a captaincy career during the Ashes series. The former batter though believes that playing around several experienced players will help Cummins.

"If we were three or five years on it might be different," Clarke said on the Big Sports Breakfast.

"But with so much seniority in the team, I think it is the right time for him. Because they can help him.

"They can be there to help him, with or without the C or VC next to his name."

Clarke has always been vocal about Cummins' appointment as the skipper. Australia though have historically preferred batters to lead the side. Richie Benaud was the last bowler to lead Australia in 1964. Clarke also feels that Cummins should be allowed some time to settle into the role.

"You have to allow him time to get into this job. Because he hasn't had 10 years of captain first-grade or state cricket," Clarke said.

"But sometimes you can see certain things in people, and I think he's got it.”

Clarke added that Cummins has a good cricketing brain and is very approachable as a player, which is a sign of a good leader. "He reads the game. He's a cricket captain. Looking at on-the-field tactics. The way he talks to his players. The way he sets the field when he bowls."