It is not very common that a cricketer is given all the love in every part of the world. But, AB de Villiers is a player that has fans and admirers all across the world. There are only a handful of overseas players that Indians love so much. De Villiers is surely one of those. The chants of ‘A-B-D A-B-D’ in any stadium that he plays in India are proof of how much he is respected in the country.

His love for the city of Bangalore and his admiration for the country is what make the relationship even stronger. His personal life also has a connection with India. De Villiers proposed to his wife in front of the Taj Mahal in Agra and has also named his son Taj after the monument of love.

It was natural that Indian’s would pour him wishes on his 38th birthday. Here are some of the Tweets on ‘Mr. 360’s’ birthday. Along with the fans, several cricketers also wished ABD on his birthday. Virat Kohli, who is a great friend of ABD, posted a story on his Instagram account. 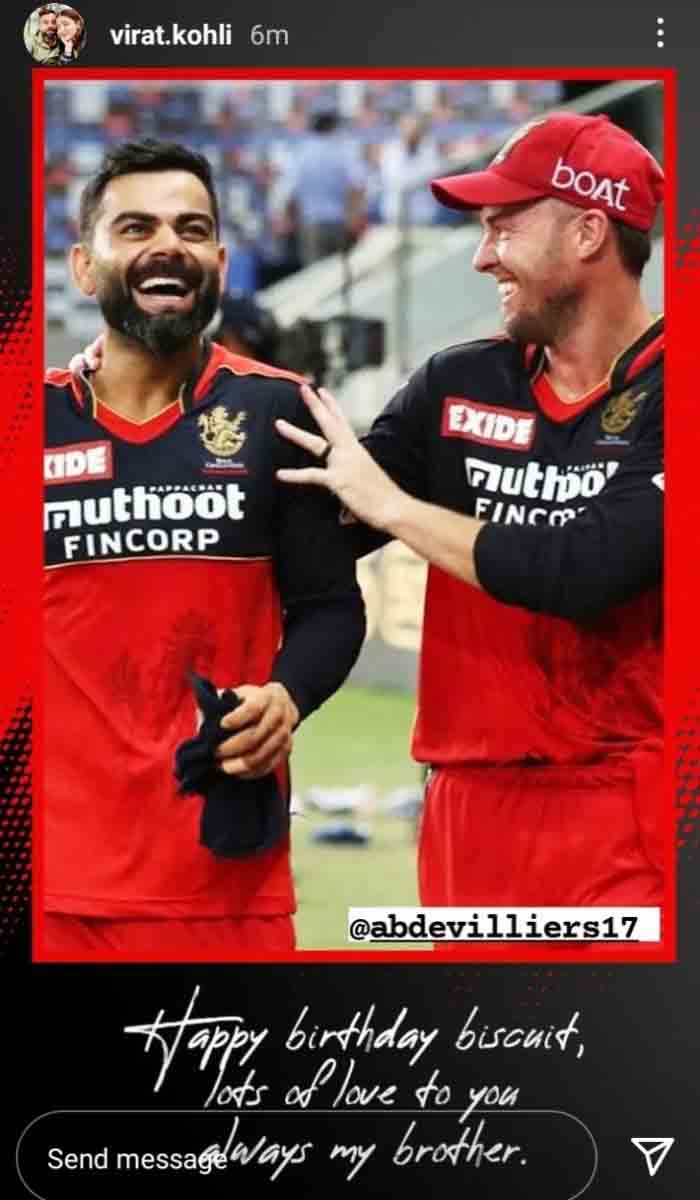 HAPPY BIRTHDAY AB DE VILLIERS ONE OF THE GREATEST EVER TO PLAY CRICKET, CRICKET WAS LUCKKY TO HAVE U PLAY IT, GAVE US SO MANY MEMORIES, SO MANY KNOCKS TO REMEMBER FOREVER 🥳🥳❤️❤️ pic.twitter.com/HtsaNR3n4o

The most loved foreign cricketer ever in India. The Freak, The Genius, The Superman, The Invincible,The GOAT , The Alien , Mr. 360 Ab De Villiers.
Happy Birthday ABD.#HappyBirthdayAbDeVilliers @ABdeVilliers17 | #HappyBirthdayABD pic.twitter.com/EOmR0iW4SG

Happy birthday to genius that is AB de Villiers 👀pic.twitter.com/FN27ycFhFn

Happy Birthday to the one for whom pulling off miracles was his daily job . One of most selfless cricketer who could’ve easily scored 10k+ runs in both Tests and ODIs but chose to retire instead . The greatest of all time , Ab de Villiers ❤️ #HappyBirthdayABD • @ABdeVilliers17 pic.twitter.com/wuEO3Z2yu6