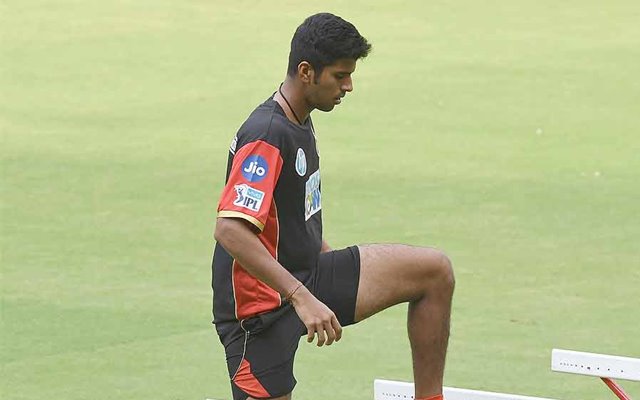 Indian all-rounder Washington Sundar has tested positive for Covid-19 and is likely to miss the ODI series against South Africa. The India ODI squad is scheduled to depart for South Africa on January 12. Sundar is the only bowling all-rounder in the 18-member squad for the upcoming series.

Sundar recently played for Tamil Nadu in the Vijay Hazare Trophy. He took 16 wickets in eight matches at an average of 17.93, an economy of 4.77, and a strike rate of 22.5. His 70 runs against Saurashtra in the semi-final helped Tamil Nadu chase down the total of 311 runs on the last ball and reach the final/

He was out of action for a long time after sustaining an injury during the England tour which ruled him out of the UAE leg of ITL and the 20-20 World Cup.

Sundar interacted with Cricbuzz on January 11 but refused to give an update about him testing positive for Covid-19.

“I have nothing to comment, I will come back to you soon,” Sundar said as quoted by Cricbuzz.

The BCCI will now have to name his replacement in the side which is already down with a number of injuries. Indian captain Rohit Sharma will be missing this series due to the injury that he sustained during a practice session last month. Axar Patel and Ravindra Jadeja also sustained injuries during the Test series against New Zealand last year.

“He tested positive some days back and it has been decided that he will not travel with the squad,” a BCCI official was quoted as saying by Cricbuzz.