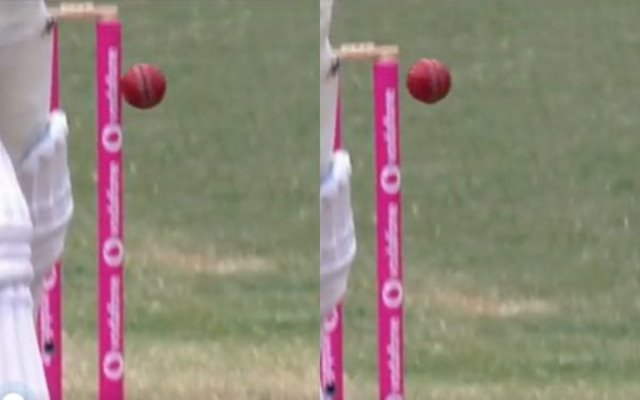 In a rather bizarre turn of events, England all-rounder Ben Stokes survived despite the ball hitting the stumps in the ongoing fourth Ashes Test. Australia all-rounder Cameron Green was the unlucky bowler, who had done all the hard yards but was eventfully denied a deserved wicket. Green bowled a good length delivery which came back to hit Stokes' off stump. Stokes shouldered arms as the ball kissed the stump on his way to the keeper. However, Australians felt that the ball has hit the pad as well. The fielders appealed and the on-field umpire gave it out.

However, the replays on the big screen showed the ball had missed the pads of Stokes and only hit the stumps. The England all-rounder could not believe his luck and laughed at what he saw. Meanwhile, the Australians were bemused and started to check the stumps.

Legendary Australian cricketer Shane Warne, who was one of the commentators, expressed shock at the verdict of Paul Reiffel. "What‘s he given it out on? How bizarre was that?” Warne said. “Paul Reiffel was a bowler and he‘s seen it hit the stumps and said, ’you’re out.

“That‘s one of the most bizarre things I’ve seen given out, for the ball hitting the stumps and the bails didn’t come off … I‘m sorry, I’m still in shock. I’m still not sure what we just saw.”

Legendary Sachin Tendulkar also took to Twitter to express his views. Tendulkar also raised a debatable point and asked if a new rule should be implemented where a batter is given out if the ball hits the stumps irrespective of the bails falling or not.

“Should a law be introduced called ‘hitting the stumps’ after the ball has hit them but not dislodged the bails? What do you think guys? Let’s be fair to bowlers! @shanewarne," he tweeted.

Should a law be introduced called ‘hitting the stumps’ after the ball has hit them but not dislodged the bails? What do you think guys? Let’s be fair to bowlers! 😜😬😋@shanewarne#AshesTestpic.twitter.com/gSH2atTGRe

Meanwhile, Australia dominated England on Day 3 of the Sydney Test. At stumps, the visitors are placed 258 for seven and still trail by 158 runs.