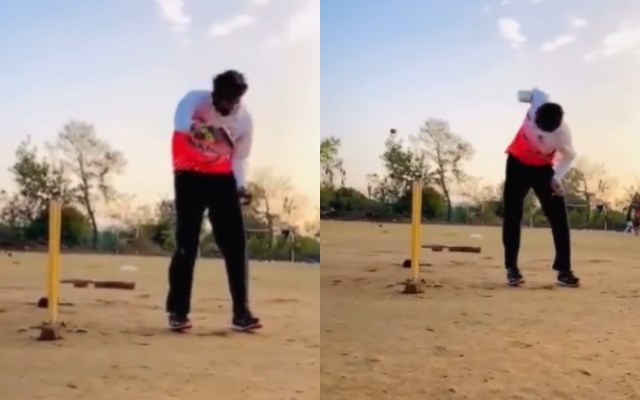 Rishabh Pant has generated a lot of popularity with his style and approach to the game, which his fans truly enjoy. They are always ready to back the player even when he is not at the top of his game.

Pant’s fans recently trolled the Barmy Army after they shared a viral video of a man playing an outrageous shot on their Twitter account. The player hit the ball after it had passed his legs. The fact that the right-handed batter hit the shot with just his left hand, made it even more interesting. The caption of the post read, “WHAT IS THIS.”

The Indian fans took the golden chance and trolled Barmy Army saying that Rishabh Pant could play a similar shot to their top bowlers, James Anderson and Jofra Archer.

The Indian keeper hit a very unusual reverse sweep to James Anderson over the slips in one of the Tests during England’s tour of India in 2021. Pant, famous for his unorthodox playing style, frequently produces similar shots.

Rishabh Pant is currently playing for team India in the tour of South Africa. He managed to score a century in one of the Tests. He has done well in the ODI format as well. India lost the Test series to the hosts by 2-1. They even lost the ODI series, with one match yet to be played. The final ODI will be played at Newlands in Cape Town on the 23rd of January.