Watch: Virat Kohli shadow practices in dressing room, Mayank Agarwal gets out on next delivery 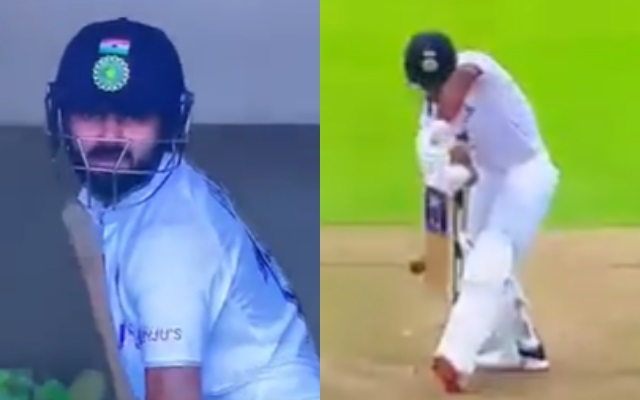 India and South Africa are fighting it out in the third Test of the series. Indian captain Virat Kohli, who missed the last match is back in the squad. He won the toss and elected to bat which allowed KL Rahul and Mayank Agarwal to walk in. The first ball of the match showed a glimpse of what the pitch had to offer to the bowlers.

The South African bowlers tested the Indian openers and they both defended most of the balls. After the end of the 11th over, Rahul and Mayank had added 31 runs to the scoreboard. Duanne Olivier bowled the 12th over of the match and he dismissed Rahul for 12 runs. Rahul nicked a short of a length delivery outside of the off-stump to the wicketkeeper.

Cheteshwar Pujara joined Mayank in the middle to take things forward. Just before Kagiso Rabada came out to bowl the 13th over, the cameras showed Kohli shadow practicing with the helmet on as if he was ready to come out to bat. He didn’t have for a long time as Rabada dismissed Mayank on the second delivery for 15 runs and Kohli joined Pujara in the middle.

It looked like Kohli knew that Mayank would nick the next ball and hence, was preparing for his opportunity. This Virat Kohli’s deja vu moment left the fans amised, with many jokingly trolling the skipper.

Meanwhile, The third Test match is the 99th match of Kohli’s career. Kohli has made 7854 runs in Test matches at an average of 50.34. He has hit 27 centuries and 27 half-centuries in his Test career since making his debut in June 2011.