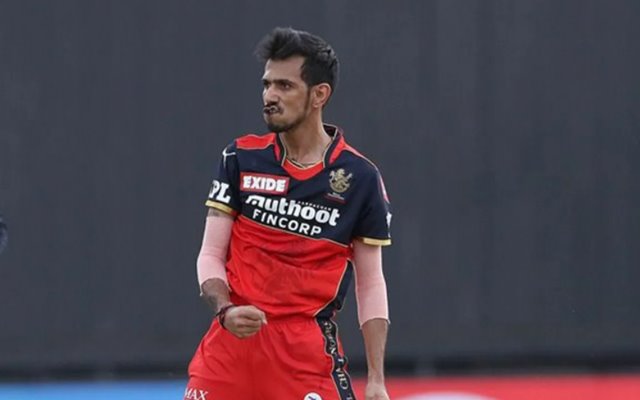 India leg-spinner Yuzvendra Chahal was signed by Rajasthan last month during the mega auction. Previously, he played for Bangalore from 2014 till last year. Chahal was released by Bangalore last November ahead of the player retentions. It was expected that the three-time finalists will go after his services. However, during the auction, only teams such Delhi, Mumbai, Hyderabad and Rajasthan went for the leg-spinner.

Entering at the base price of INR 2 crore, the 31-year-old was bought by the inaugural champions at INR 6.5 crore. After nabbing the Jind-born player, the team co-owner Manoj Badale couldn’t believe that they truly managed to pick him. In the video, he was seen asking Development and Performance Director Zubin Barucha to smile just once.

“We got him. Got him. We got Yuzi Chahal. Seriously we gotta be pleased with that. Can you tell Zubin to smile once? Chahal. What the hell happened there,” said Badale.

After this, team manager Romi Bhinder called Chahal and congratulated and welcomed the latter in the team. The 114-match ITL veteran thanked Bhinder and told him that his jersey number would be three.

Last month, after being signed by Jaipur-based team, Chahal recorded a video and was uploaded by the franchise on Twitter. In that video, he player said that he is thankful for the team for showing faith in him. He added that he can’t wait to work with the likes of Kumar Sangakara and the social media handler of the team.

“Thank you Rajasthan family for showing faith in me and having me and can’t wait to work with Kumar Sangakkara, Sanju my Chintu brother and admin, be careful. It’s going to be fun. Halla Bol!,” said Chahal.