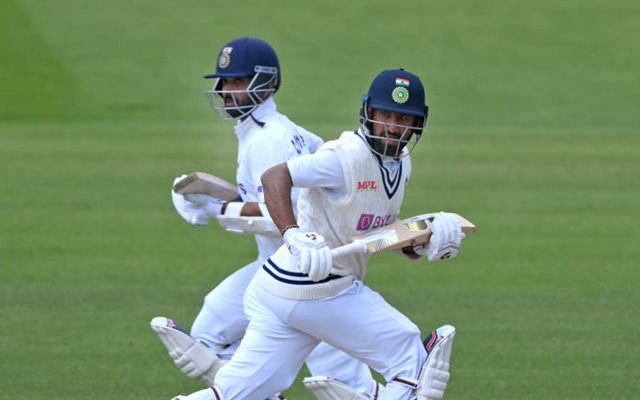 Cheteshwar Pujara and Ajinkya Rahane managed to shut the critics by scoring vital half-centuries against South Africa in the ongoing second Test match. The duo were woefully out of form, and questions were being raised regarding their place in the team. However, when India needed the duo to bail them out of trouble in the third innings, they scored a vital fifties.

They managed to wade a tricky little period and stitched a crucial 111-run stand. Pujara and Rahane’s efforts allowed India to set a challenging target of 240 for the hosts.

Pujara was asked if he and Rahane was under pressure to perform after Sunil Gavaskar predicted that this might be the last chance for the duo. The batter, however, played down it and said the they were in no pressure as they have the backing of the team.

“We are confident and there is a lot of backing from team management. We have always been learning from Sunny bhai and whenever I have spoken to him, he has always been supportive,” Pujara said at the end of the day’s play, according to Times of India.

Pujara also added that the critics will keep on asking questions if the runs won’t come. The right-hand batter though admitted that he and Rahane have won games for the team in the past, adding that they are working hard to come out of the lean patch.

“Yes, there are times when you are going through bad form, there will be questions but we are confident players. Myself and Ajinkya and we know we are working hard on our game and there’s a saying form is temporary but class in permanent and it applies here.

“We have done well in the past and management has shown a lot of faith in us and it has paid for sure and once a batter is back in form, you keep scoring runs and keep going up and up,” he said.

At the close of play on Day 3, South Africa are placed 118 for two. The hosts need 122 more to win the second Test and level the three-match series 1-1.