‘We’ve lots to improve on, but have to be realistic’ – James Anderson after England’s horror show in Ashes 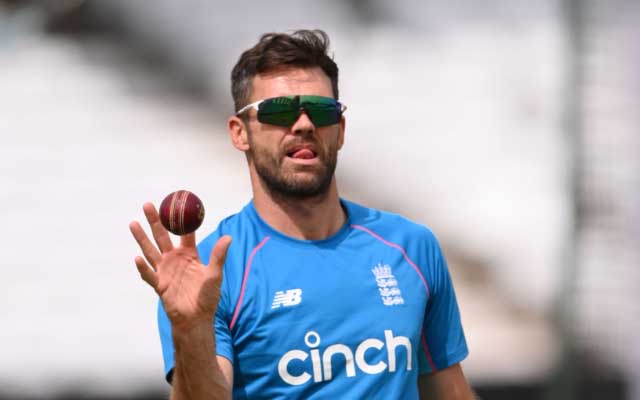 It is safe to say that England have been totally demolished by Australia in the ongoing Ashes 2021-22 so far. While this series was expected to be the mother of all battles, it turned out to be a rather one-sided affair.

Thus, this has led to severe criticism of the Root-led side. As a matter of fact, several cricket fans and pundits have called for a complete overhaul in England’s red-ball set-up. However, their team’s all-time leading wicket-taker James Anderson thinks otherwise.

The legendary pacer felt that there was no need to look too deep, and there’s still some talent in the side. While speaking to Fox Cricket, he said that they need to try and keep improving in order to get better.

“I think the biggest thing I’ve learnt, especially from Ashes defeats over the years, is maybe you don’t need to look too deep into it and start changing the wheel. We’ve got a lot of improving to do as a side, but I think we’ve got to be realistic as well.

We’ve got some talent in this team, we’ve got a lot of young players in the team who are still learning their trade, so we’ve got to try our best to keep improving every day. When Australia get a foot on the throat, they never take it off, or it’s difficult to wrestle that momentum back and that’s our challenge this next couple of weeks,” said James Anderson.

It is to be noted that the Brits haven’t won a single Test in Australia for over a decade. They even lost nine out of their 14 Tests in 2021 as well. Thus, the Poms need to significantly improve in order to get back to winning ways.