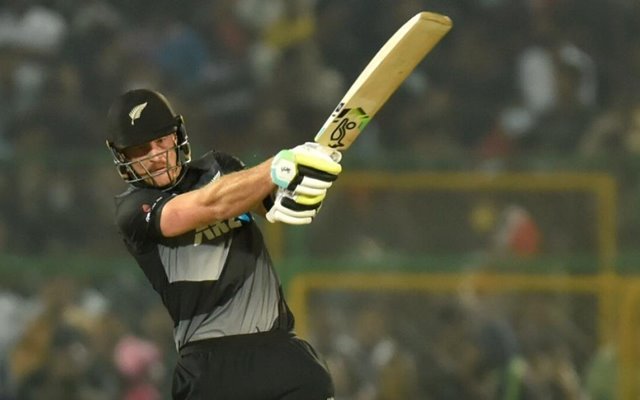 New Zealand opening batter Martin Guptill injured his calf on January 3 while playing the Ford Trophy one-day competition. The 35-year-old’s untimely setback comes days ahead of the team’s upcoming limited-overs tour to Australia. The swashbuckling right-hander aims to be fit and available for the Auckland Aces in the Super Smash on January 22, just a couple of days ahead of the team’s departure to Australia.

The series comprises three ODIs and one T20I due to start on January 30 in Perth. A New Zealand Cricket (NZC) statement said, Guptill “was improving and that the injury would continue to be monitored during a period of rehabilitation”. With the positive update, the Kiwis will be hopeful of getting their talismanic batter up and running in time for the upcoming six white-ball matches against Australia. Needless to say, Guptill brings a plethora of experience to the side having played 186 ODIs and 112 T20Is. He also boasts of a commendable average of close to 42 and 32.66 in ODIs and T20Is respectively.

However, if Guptill falls short in the race against time, it will be a severe blow for New Zealand who are already without their Test players due to MIQ requirements upon their return home. Currently, the team is playing the second Test match against Bangladesh and also has a two-match Test series against South Africa due to start on February 17.

The ODI series will begin in Perth, but there is likely to be a change in schedule due to Western Australia’s border restrictions that are set to be there till February 11. Already the Big Bash League (BBL) matches are moved out of Perth for the same. Hobart and Sydney are set to host the second and third ODI before the one-off T20I is played in Canberra.

With regular skipper Kane Williamson not there, Martin Guptill’s presence is of immense value to the men in black.